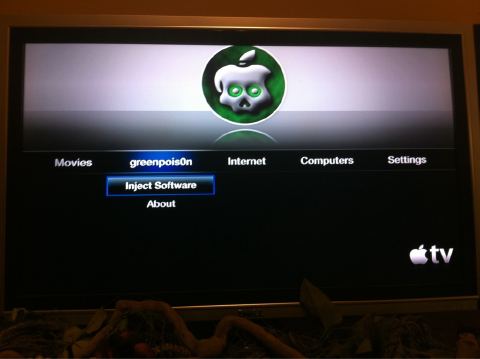 Few moments ago, Chronic Dev Team member @p0sixninja tweeted the above screenshot confirming the successful completion of Apple TV 2G jailbreak with greenpois0n tool on iOS 4.1 which is based on Geohot’s limera1n exploit.

He followed this tweet with another, thanking the members of Dev Team and calling it the greenpois0n Apple TV Loader:

This is believed to be a major landmark in the iOS jailbreaking scene since Apple TV 2G jailbreak apps are already in development and its just a matter of time we might be enjoying Hulu+ on our big screen via the 2nd gen Apple TV.

Currently the team has given no ETA for this release of greenpois0n that supports Apple TV 2G jailbreak, but we’ll be sure to let you know the moment it is made public!