Apple has announced the addition of more than hundred new and redesigned emojis for iPhone, iPad and iPod touch with the release of iOS 10 this fall. The new emojis add more gender and family options to existing characters, a new rainbow flag, water gun, various sports activities and much more. 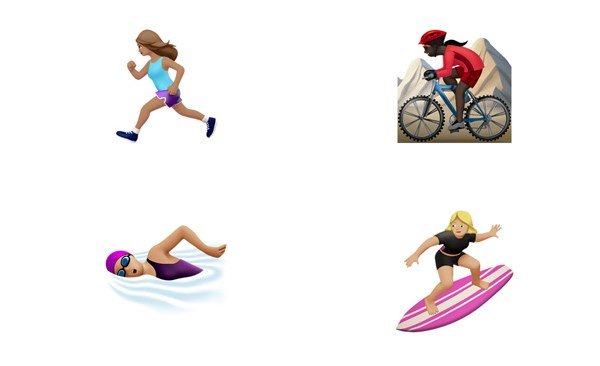 The new emojis are beautifully designed to represent the diversity of today’s world. Female emojis now have characters depicting different professions like runner, swimmer, construction worker, body builder, detective, surfer, basketball player and more. Different types of families have been added, including single parent family. A new multicolored flag emoji represents the LBGT community. Apple has also included a toy water gun, instead of a realistic gun. With these emojis, Apple is not only giving more forms of expression to its users in chat but also eliminating stereotypes and representing minority groups.

Apple is working closely with the Unicode Consortium to make new emojis more representative of the diverse global community. Unicode Consortium, a non-profit company, develops standard emojis for all major operating systems, including Apple’s. The consortium recently announced the release of 72 new emojis in Unicode 9 by the end of July 2016.

iOS 10 is currently in beta and is expected to release this fall. The fourth beta of iOS 10, release today, already contains the new emojis announced by Apple. watchOS 3 beta 4 also has the new emoji. It is unclear whether Apple plans to add these to macOS 10.12 Sierra soon as the new beta for the operating system does not have them.

Apple is the not the first company to extend its emojis keyboard with the addition of more diverse characters and objects. Facebook also added 1500 new and redesigned emojis to Messenger in June. Google also took similar steps recently with emojis in its products, with a move towards gender diversity.