If any other Apple TV Owners out there are like me, I would love to have iOS apps and functionality available to me on my TV. Luckily, I will be able to mirror my iPad 2 on my TV with iOS 5, but others will have to settle for jailbreaks. Some information was found back in iOS 5 Beta 3 that the Apple TV will be able to support games and apps natively on the little device, but that will still need to wait for iOS 5 to release. 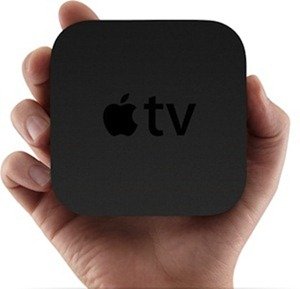 Now the newest news out of the jailbreaking community is from the folks over at appletvblack. They have found that you can play HTML 5 games through the web browser Couch Surfer. The game is very simple, and won’t look like anything you would find on an iOS device, but still cool. As a little background on the Apple TV, it does run iOS. But it runs a slimmed-down version of iOS, to give you the interface of viewing videos from iTunes, Youtube, and Netflix. Recently, Apple pushed an update out for the Apple TV allowing users to watch and stream previously purchased TV Shows from iTunes. Movies were not included with this update, but we can only assume that Apple will be including this functionality soon. There are several jailbreaking opportunities out for the Apple TV, allowing users to use the Apple TV to browse the web, stream video or even use the Apple TV as a Web Server.

This tweak will obviously require a jailbroken Second-Gen Apple TV in order to play the web based game. You can follow our guides here or here. You will also need to install the Couch Surfer software from their site.

Watch the video below to see the app in action and see how functional HTML5 apps can be on the Apple TV.