Retro Widgets 2 by App Craft Studio brings an old favorite game of the 90s-20s to iPhone in 2020, Snakes. With the same retro design and simple gameplay, Snakes II allows users to enjoy the 5 original mazes on iPhone, iPad, and Apple Watch.

Along with many new features, iOS 14 introduced new widgets on compatible iPhone and iPad models. Users can place widgets on their Home Screen with apps to tap and access information quickly like the weather. In addition, Apple also allowed users to personalize their Home Screens and users loved the new customization freedom. After the launch of iOS 14, the internet was flooded with new, creative, and entertaining customization ideas. Due to new their overwhelming popularity, developers like Spotify, YouTube, Dropbox, Pinterest, Google apps, and others released widgets for their apps.

By tapping on the widget, users to access and play the game on their iOS, iPad, and watchOS devices. The Retro Widgets 2 will display the carrier’s name, signal strength, battery level, and clock. It also supports backlight in dark mode.

Preserving the same 90s vibe, the Snake II has the retro neon green background and a linear black snake moving up, down, left, and right to eat objects and grow bigger. Users can test their management skills in 5 mazes and 9 difficult levels. The app also offers Game Center leaderboards to compete with other players. 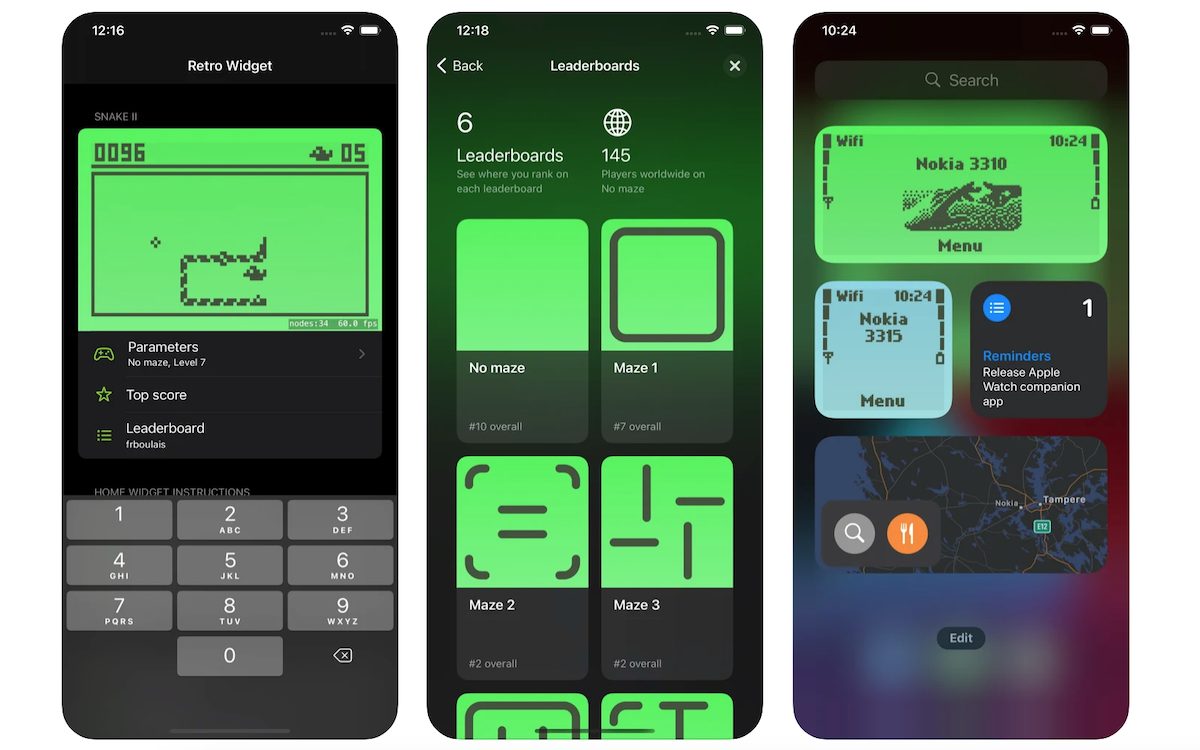 Widgets can be easily added to the Home Screen via the new “widget gallery”. Users can select widgets and drag and drop them onto the Home screen. Available in three different sizes: small, medium, and large, widgets can be customized in various colors and themes. In addition, the “Smart Stack” widget shows widgets of different apps and users can swipe between all of them. Smart Stack will also show relevant apps based on the time of day.

Retro Widget 2 is available on the App Store for a $1.99 one-time payment. It is compatible with iPhone, iPad, and iPod touch and requires iOS 14.0 and watchOS 7.0 or later.