The popular video-creating social media app, TikTok has released a new accessibility feature ‘Auto-Captions’ for creators. For users with visual or hearing impairments, the app now offers automatically generated subtitles so they can hear or read the content. Currently, the new feature supports American English and Japanese and more languages will be supported in the coming months.

The company hopes to make its platform inclusive with the new ‘auto-captions feature. It writes that “inclusivity is important because when people feel included, they’re more comfortable expressing themselves and engaging with their community. We’re committed to fostering an inclusive app environment, and that means building products and tools that support our diverse community.”

The new ‘Auto-Captions’ feature on TikTok will allow creators to make videos with subtitles, easily

TikTok has made its platform more accessible by allowing creators to add subtitles in their videos just with a tap. Now, before uploading a video, user can select ‘auto captions’ feature in the editing page and the app will automatically transcribe text and display on their videos. Creators also have the freedom to edit the auto-generated subtitles during the editing process. 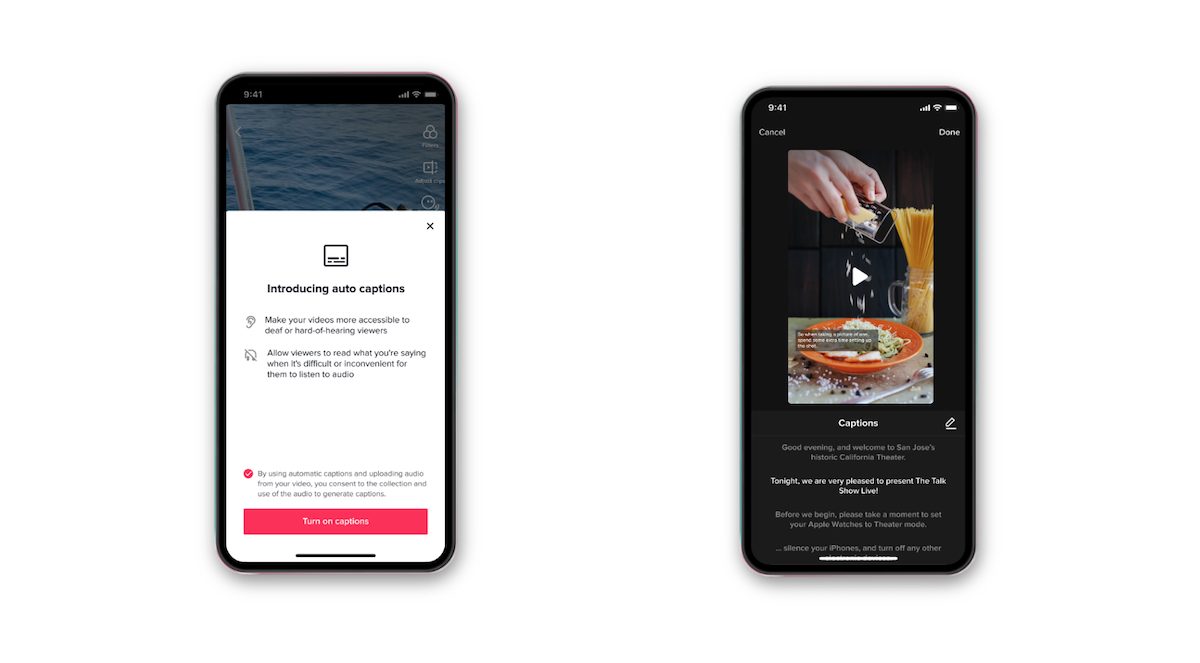 In the announcement post, the popular social media company shares all the accessibility features it offers for users with visual impairments. It writes:

Auto captions builds on a number of features we’ve developed to make TikTok more accessible to everyone. Given the visual nature of our platform, we’ve designed a number of improvements, starting with features that help those with visual impairments. To date, our work on accessibility includes:

This is a new update after the company survived a ban in the United States under the former President Trump administration. The app is available on iOS and Android for free and can be downloaded from the App Store and Google Play, respectively.