Horror genre on Netflix seems to be going through a very rough period, with very limited new titles that can be deemed worthy enough to stream which means that fans have to stream through many hours of trash movies to get the ones that really scare one to his core.

Netflix has it all when it comes to horror movies. There are classics like The Evil Dead from 1981 – which was undoubtedly the best from all its sequels, and modern horror thrillers like Birdbox – which is a must-watch whether you like the genre or not.

With that in mind, we have put together a list of all the best horror titles on Netflix in June 2020.

*NOTE: The availability of these titles may vary depending on your region.

Netflix has several noteworthy mentions like The Conjuring, The Nun, Texas Chainsaw, Paranormal Activity, The Haunting of Hillhouse, and many more. However, not all great horror movies on Netflix can be listed down as the best ones. Here’s a list of the Top 5 horror titles that you should stream soon on Netflix:

The movie focuses on a true-crime novelist Ellison Oswalt, who moves to a new home with his family for doing research on his new book. However, his wife was unaware that Ellison was moving them to a home where the previous owners were murdered in a sinister setting. In fact, the movie opens with a shot of the owners being murdered by their youngest child on tape. During his research, Ellison comes across a box of reels with more videos of such occurrences, all connecting to one single entity that uses images as a gateway to step into the real world. His secret? He targets young ones.

Personally, the movie was terrifying and I recommend that any horror lover who missed out on this gem should watch it.

The first movie in the evil dead series is still considered a classic in the genre and inspired several sequels, comic books, TV series, and much more. The movie focuses on 5 friends who drive to a cabin in the woods, but little did they know that once the sun sets – they can not leave until it rises again (literally). The movie shows several demonic possessions with unconvincing makeup that can be expected from a horror movie made in the early ’80s, but it manages to scare viewers to their heart’s cores with its creepiness.

My opinion: Do not let the far-from-reality makeups and mainstream setting for the plot make you skip this one. The movie is sure to make your heart skip beats and make you schedule a rewatch from time to time.

Amityville series focuses on sinister happenings taking place in the Amityville house, and similarly, a new tenant arrives. Belle moves into the new house on Long Island with her mom, younger sister, and brain-dead brother. Not long after their arrival, Belle learns that her new home was the setting of several mass murders and mysterious deaths. In the meanwhile, her brother James started to get unusually better, suspecting that there may be a demonic possession investing in her brother as a gateway to the real world. Upon further investigation, she is shocked to find out the truth behind her brother’s possession – but by then it’s too late, as the demonic entity has found its gateway to take over James.

An Autopsy of Jane Doe

A mysterious, unidentified body comes to the morgue from the scene of multiple homicides and the sheriff needs the cause of death. As two workers stay late to find out what killed Jane Doe, they find very mysterious clues which are all dead ends. Her wrist and ankle bones were shattered, molars were missing, lungs were blackened out, internal organs had several scars, and a paralyzing agent was found in her stomach. Body decomposition suggested she had just died but her eyes’ cloudiness indicated that she had been dead for many days.

As the autopsy continues, they find her missing tooth in her stomach, wrapped in a paper with roman numerals. The same numerals and writings were found in her skin’s endodermal layers. Soon after, paranormal occurrences start happening in the morgue and bodies start disappearing. However, any attempt to destroy Jane Doe’s body goes in vain. All in all, the movie redefines the term creepy.

Even though Netflix is about to add Season 9 of AHS to its available titles, the sixth season remains the most gruesome and scary installment to the show with several twists and turns. The sixth season, named Roanoke, focuses on a couple that moves to a house in the woods and starts experiencing Paranormal occurrences in its surrounding lands. The main theme for the season is that every time a Blood moon (lunar eclipse) rises, the veil between the real world and the supernatural world is lifted. This enables ghosts and humans to co-exist, giving them the opportunity to harm humans in any way they want.

The couple managed to escape from the house. However, they are taken back with several other people by a producer wanting to invest in a reality TV show about the Roanoke House and the paranormal occurrences happening in it. American horror story is well known for portraying psychological thrillers with little to no scary-element but that trend was changed with Roanoke. The season has several moments that will keep viewers on the edge and needing a break from all the blood and ghosts from time to time. 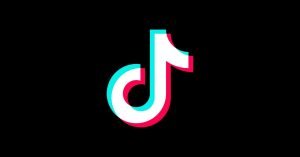 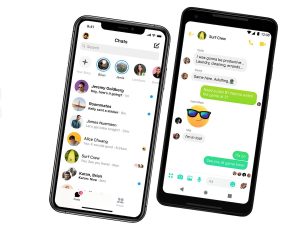