Angry Birds has dominated the App Store since its day of release. It has been called today’s Pac Man but yet Rovio don’t seem to be slowing down. 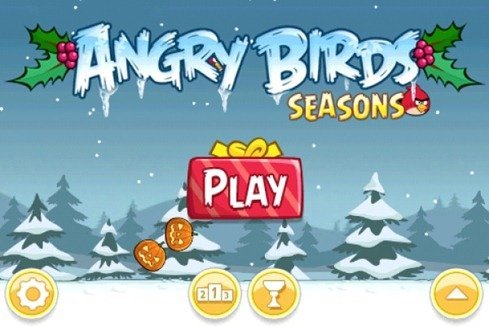 Newly named Angry Birds Season Christmas Edition was released as an update to the Halloween Edition only a few days ago and with it came a Christmas Theme. With this in mind, Rovio are apparently working on a Valentines Day update.

Swap pumpkins for hearts come February 2011, which is when the next Angry Birds Season update is scheduled. Like the pumpkins in the Halloween release, popping hearts will earn you extra points per level.

A new type of bird is also planned, although the details are unclear. It could be a Cupid-like avian wonder that shoots an arrow from its beak when the screen is tapped. Perhaps it’ll be a heartbreaking songbird that can burst hearts for points by chirping when tapping the screen.

The Android version of Angry Birds was released a few months ago and has already been a wild success. It was released as a free game for Android Market. Rovio are also working on Angry Birds for PSN, Xbox and Wii currently. Last month, another rumor went round that Rovio were working on a game from the point of the pigs so if these rumors are both true, well, Rovio have a lot of work on their hands.