Following Apple’s official announcement of its upcoming ‘California Streaming’ event, which will be held on September 14, the tech giant has added a new hashflag to Twitter. When you tweet the hashtag #AppleEvent, the micro-blogging platform will display a mini version of the Apple logo shown in the upcoming event’s invitation. 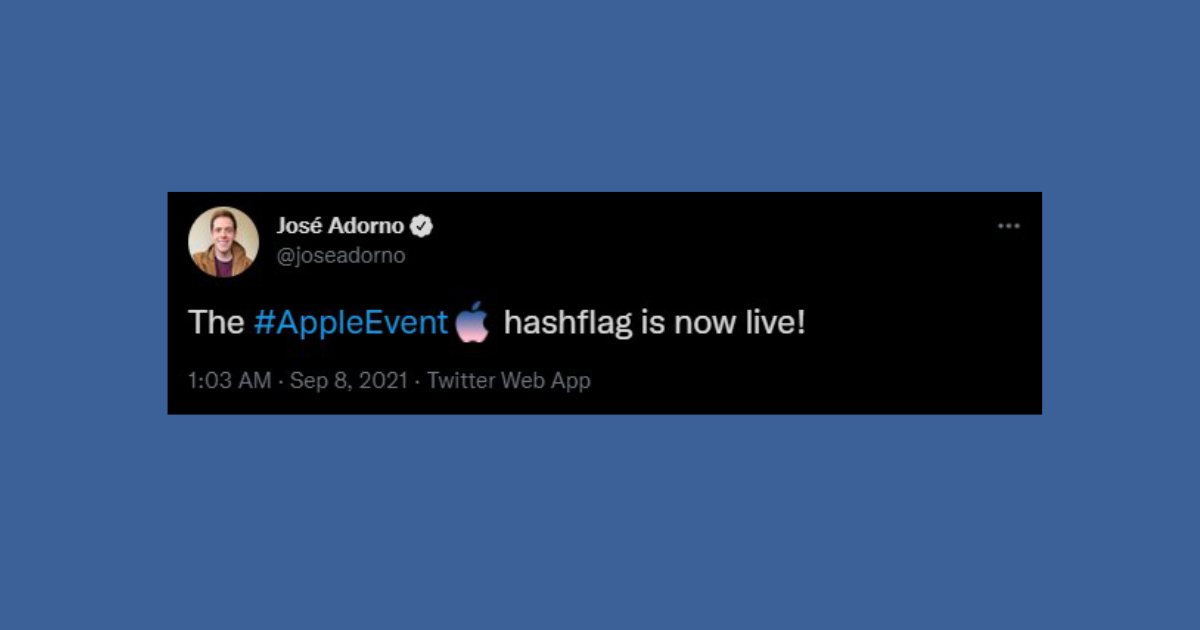 Apple’s special event will be streamed on Tuesday, September 14 at 10:00 a.m. from Steve Jobs Theater at Apple Park in Cupertino, California on apple.com and other social media platforms. Ahead of the event, a custom #AppleEvent hashflag is now live on Twitter.

Twitter allows brands to add custom emojis next to hashtags to foster visibility. Each of these emojis can cost a company upwards of one million dollars and they are typically used for large events, song releases, or the holidays. The Cupertino tech giant has been using hashflags on Twitter for its events since 2020 including its Spring Loaded event and WWDC 21.

In addition to the hashflag, Apple has also launched a new AR Easter egg which transports the iPhone and iPad users to a serene lake surrounded by mountains in the Twilight while ‘Weather‘ by WDL plays in the background. As the user walks further, the date ‘9.14’ appears on top of the lake. Check out how to enjoy Apple’s new AR portal experience here.

At this year’s fall event, Apple is expected to announce iPhone 13 which is expected to feature a smaller notch at the top of the display, new camera features, a faster A15 chip with the same core counts as the A14 chip, and new screen technology that will enable ProMotion and possibly an always-on screen mode.

Apple Watch Series 7 is also expected to be announced during the upcoming event with flatter displays and updated screen technology alongside a faster processor. A recent report suggests the product will be available in limited quantities at launch since Apple is facing production issues.

The tech giant is also rumored to announce AirPods 3 at the September 14 events. The new entry-level AirPods will feature a design closer to the AirPods Pro but will lack features like Active Noise Cancelling and Transparency mode.