Last week, PS3 developer and hacker Mathieulh confirmed that he had found a PS3 jailbreak 3.56 exploit but it would never be released to the public die to Sony’s ongoing crackdown against PS3 jailbreak developers. However, him and his IRC friends have been posting “proofs” for 3.60 jailbreak on IRC, YouTube and Twitter. Today, a video has been released on YouTube confirming his claims of a successful PS3 3.60 firmware jailbreak. 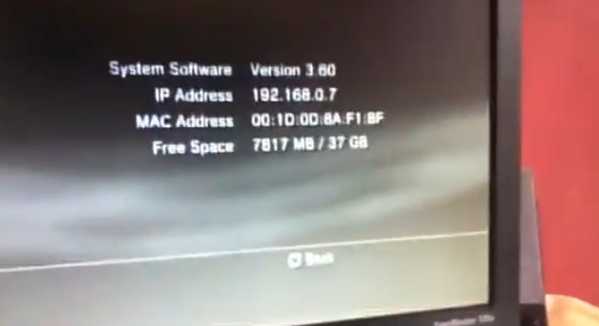 On IRC, Mathieulh also posted a video of his own but then privatized it currently rendering it unavailable:

Mathieulh: actually you want video proof, let’s share one for the lol

Shortly following, another PS3 3.60 JailBreak video was posted followed by the user removing it and reposting it with another account.

From IRC on the alleged PS3 3.60 JailBreak video:

mastag23: it would look legit if he hadn’t of ran the debugging station launcher

mastag23: This is a debug unit. That can’t be done on a retail unit. Run the Debugging Station Launcher on a retail and the debug toolsï»¿ won’t connect to it, yours obviously does

mastag23: debugging station launcher cant be connected to on retail

mastag23: if he hadnt of posted debugging station launcher

mastag23: he would be believable

There is currently no ETA as to when it will be released for general use but we’ll definitely let you know once its out for public download. Meanwhile, check out the following video proof showing a package installing and the new online save function that was added in PlayStation 3 Firmware 3.60.

Also check out these interesting posts regarding PS3 3.56 / 3.50 jailbreak and PSN access: