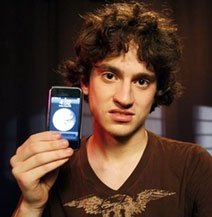 Good news for folks who will be buying the new iPhone 4 because George Hotz (a.k.a. geohot) has confirmed that he is working on an exploit for it and he believes it will work. He said this during the “nuit du hack” meeting in Paris.

He also said that he had posted some pictures of his Jailbroken iPad before the release of Spirit and now just like that he is working hard to release the exploit just after the iPhone 4 is released.

So it looks like the exploit for iPhone 4 will not take much time to be released after its launch. You can also checkout the video of meeting, but the quality is not that good.