Barclays’ analysts claim that the upcoming iPhone 12 may not include EarPods and a power adapter in the box. A research notes obtained by MacRumors, Barclays analysts shared that iPhone 12 models might not come with EarPods and Power Adapters in the box. Hence, there will only be a USB-C to the lightning cable provided to customers in the box.

A few months ago, Apple Analyst Ming-Chi Kuo also reported that Apple may be launching a new marketing campaign to promote AirPod sales by skipping out on EarPods in the box for its upcoming iPhones.

The move will be very inconvenient to all the Apple users as it can be expensive for users to separately buy accessories for their phones. Apple’s Adapters can be separately purchased for $19 and $29 for the 5W and 18W adapter respectively.

On the other hand, an anonymous Twitter account @Mr White shared images of 20W power adapters which he believes will ship within the iPhone 12 box.

Currently, Apple’s iPhone 11 Pro models are shipped with an 18-watt USB-C fast charger, which was the first fast charger included by Apple in an iPhone box. Similarly, the higher-end iPhones 12 expected to ship with 20-watt fast charging adapters. 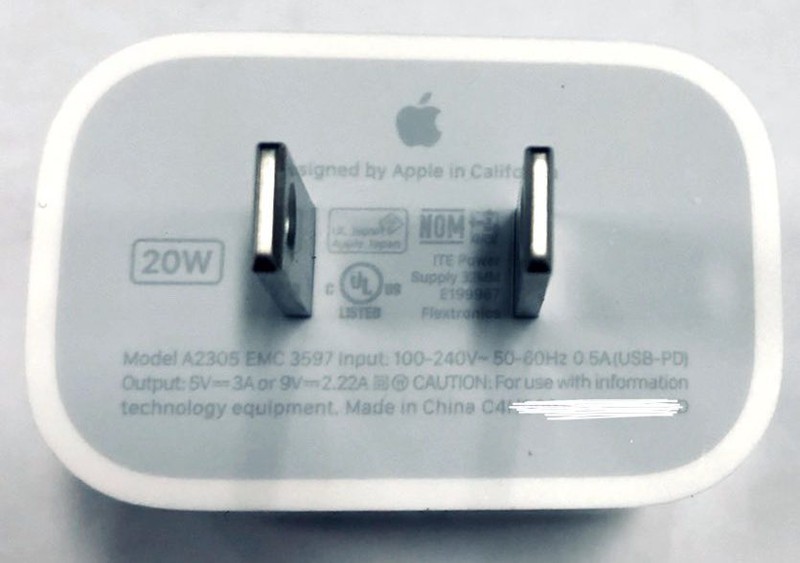 Other claims of iPhone 12 series

Barclays analysts also claimed that Apple’s product lineup for its upcoming iPhone 12 is also running a few weeks behind. However, despite the delay in production, the company is expected to announce the 2020 iPhone lineup in September and launch them in by November.

Furthermore, analysts expect the higher-end iPhones to feature a triple-lens camera with LiDAR scanner as first seen in the iPad Pro. This would open a gateway of possibilities for future AR experiences. Third generation AirPods are also expected to launch as early as 2021.