Newly leaked photos of the iPhone 7 SIM trays show that it will be available in five different colors: Silver, Space Grey, Rose Gold, Gold and Space Black. If the claims of the leaked photo hold any truth, Space Black will be the new color option in the lineup. Space Black will have the same look as the 2013 Mac Pro and Apple Watch, with darker metal than Space Grey and a glossy finish. 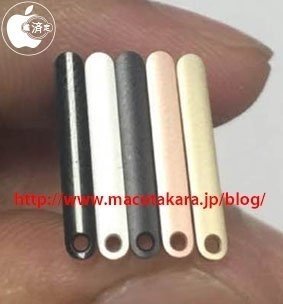 Leaked by Macotakara, the color options in the photos of the alleged SIM trays of the new iPhone 7, refute with earlier reports of Apple’s possible introduction of dark blue color to replace Space Gray. Furthermore, the photos display that the Space Gray in the new model seems darker than the color of the current iPhone 6s. 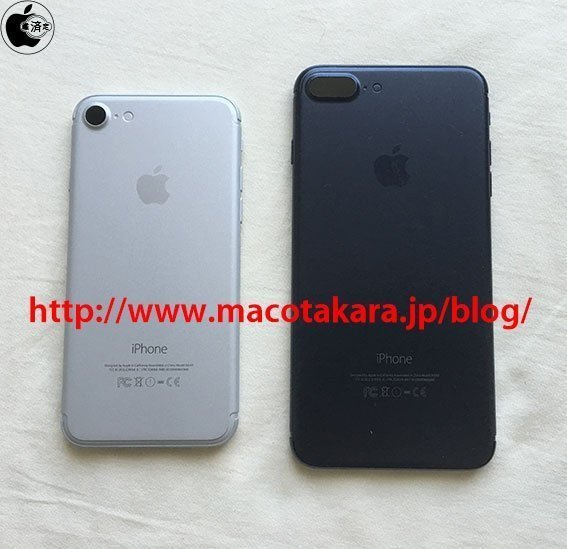 According to unofficial sources, the new iPhone 7 models will also have a faster A10 processor, more RAM, and major camera upgrades, especially on the Plus model. The new iPhone 7 Plus will have dual 12-megapixel cameras with 1/3-inch sensor and F/1.9 lens. It is also reported that both models of the upcoming iPhone 7 will have optical image stabilization for still captures and video recording.

Despite all the leaks, it is certain that iPhone will also have some new software updates in its sleeve for iPhone 7, which would make all this hardware tick. It is likely that area of focus could be the camera app since it will be working with dual lens now and Apple would like to differentiate itself by offering some unique features, compared to existing dual camera smartphones.

Although iPhone will be the star of the event on September 7th, we are expecting the launch of Apple Watch 2, and perhaps some news of the new MacBook Pro, along with the roll-out of iOS 10, watchOS 3, tvOS 10 and macOS 10.12 Sierra. 2016 has been an incredible year of iPhone; amidst the news of falling sales, Apple sold its one billionth iPhone a few months ago.

The iPhone launch event is just 1 week away. Stay tuned with us as we keep you updated with all the important iPhone 7 news leading up to the launch.