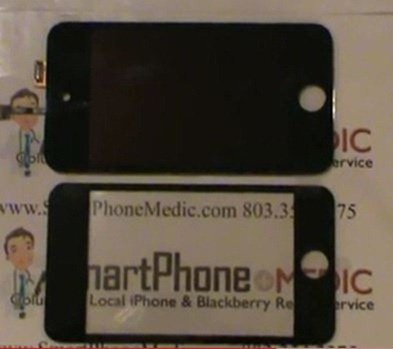 A video has been published by SmartPhoneMedic on YouTube of what is claimed to be the LCD display and assembly parts of the upcoming iPod Touch 4. The hole for a front facing camera (yay, FaceTime!) is visible in the shell while the overall look resembles iPhone 4’s design language.

Compared to the iPhone 4, the iPod Touch assembly is a bit smaller. Other than that, there is clear evidence that a retina display will be there in the new iPod. The back wasn’t shown in the video so don’t get your hopes high on a camera for taking pictures and shooting video until Steve Jobs announces it on September 1st at Yerba Buena Center for Arts. We’ve been there before last year with all the camera rumors for iPod Touch followed with disappointment.