There’s no doubt that iPod Touch users are anxiously waiting for the update of their beloved devices to get a camera. A website, HardMac has obtained illustrations of what seems to be a clear case for the next generation iPod Touch 4 that will be unveiled in September. According to HardMac, they have a reliable source and it is the same one which let out the secret of iPod Nano getting a camera last year. iPod Touch didn’t get a camera last year due to some ‘technical issues’. 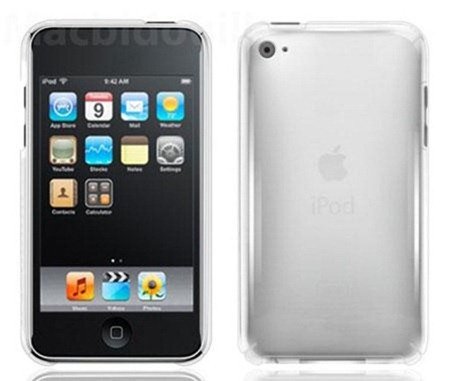 Whether these findings by HardMac are correct or not, we will find out next month, in September. We personally hope that FaceTime and a front facing camera do make the cut for iPod Touch 4 feature set.