Microsoft has officially announced Xbox Music, a digital all-in-one music service that enables users to listen to music via Xbox 360, PCs, tablets and smartphones running Windows 8. The newly launched service will start rolling out tomorrow on Xbox LIVE, replacing the Zune marketplace while it would be available for PCs, tablets and smartphones users running Windows 8 or Windows RT after the official Windows 8 launch on 26th October. 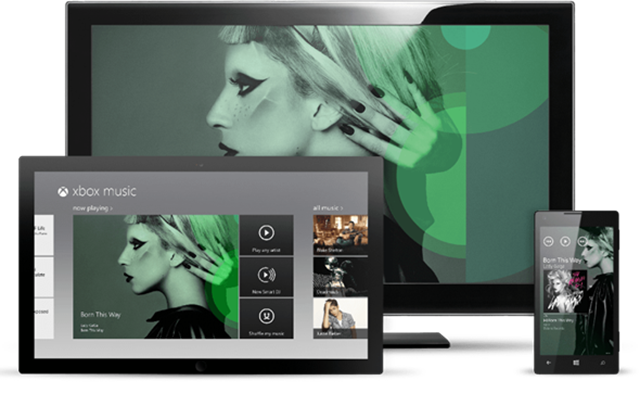 Back in 2010, Microsoft announced  the Zune media brand to compete with iTunes but it struggled badly to get recognition and now with Xbox Music, which includes over 30 million songs in its global catalog, more than iTunes’ library of over 26 million songs, Microsoft is making a serious attempt to take on iTunes and Spotify. The service also carries over 70,000 music videos, available only on the Xbox console. 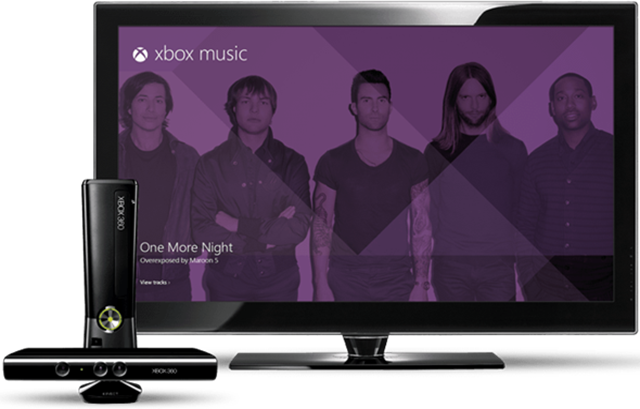 Xbox Music allows users to stream tracks for free but the free version won’t let you download songs and save them for offline playback. Purchasing an Xbox Music Pass for US$9.99/Month will allow users to take keep music in the cloud, letting them enjoy the collection they’ve curated on other devices such as Windows Phone 8 and Xbox 360 by just signing in to get instant access to their content and playlists on that device. ( Xbox Music Pass users must have an Xbox live Gold account which costs $50 per year )

Microsoft plans to offer Xbox Music across Android and iOS platforms, however, the apps won’t be available soon. Windows 7 and Windows Phone 7 users will not be able to access the new service, however, they will be able to continue using the Zune Music service, providing access to the same catalog of songs as Xbox Music.

The free, ad-supported music streaming service will be available in 15 markets worldwide at launch which will expand as time goes on.