A Twitter user has discovered a method to access the hidden Items tab in Find My app on iPhone, which is expected to work with AirTags and other location trackers.

AirTags have been long-rumored to be Apple’s upcoming ultra wideband capable location trackers, however, the company has not released them, likely due to the pandemic.

If you go into Safari on iOS 14.3 and later, and enter findmy://items, you will be taken to the hidden Items tab in Find My app. This is the same user interface that has been shown in many iOS betas previously, but it has never been accessible in a stable iOS build like this before.

Typing findmy://items into Safari will take you to this hidden UI in Find My! pic.twitter.com/CakKBGEuNh

Once you enter the URL in Safari, you will reach a screen as per the below screenshots. The interface is simply labeled Items and allows users to either add new items or identify found items. Given the text on this interface, it is clear that the Items tab will support accessories by other manufacturers, and not just Apple’s own AirTags. This is in response to the concerns raised by Tile, a company that has been creating location trackers for a long time, regarding Apple’s best-in-class integration for its own products. This has led Apple to open up its Find My app to other developers, giving them the same space that it would occupy for its own AirTags in iOS. Apple had officially announced this at WWDC 2020. 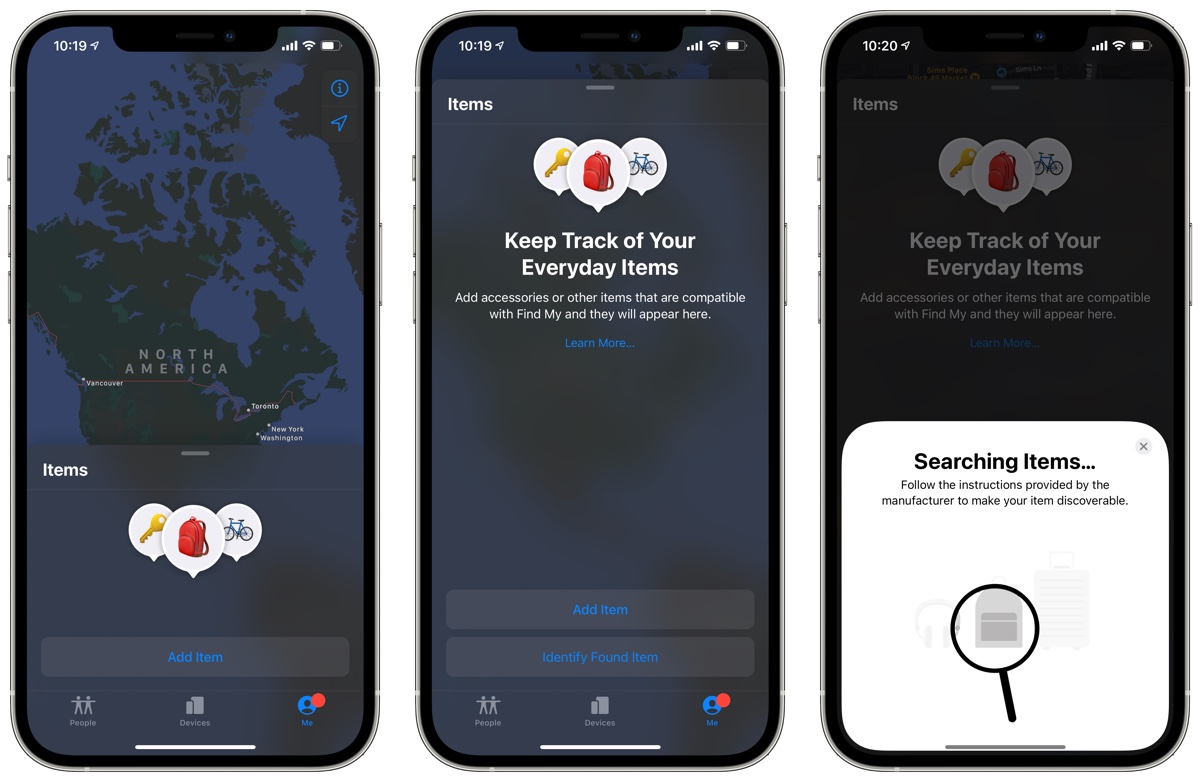 Whether you tap on ‘Add item’ or ‘Identify Found Item’ buttons right now, it gets stuck at searching. Tapping on the ‘Learn More’ link takes to a URL on Apple’s website which is not functional at the moment.

It is expected that Apple will announce its $50 AirTags as soon as March 2021, however, there have been numerous rumors and delays in the past so we will not be holding our breath.