This is not the best use for Apple’s new 3D Touch tech in iPhone 6s but it works. A developer has created a proof of concept app that weighs Plums but it shows the weight as a relative percentage of the maximum force that the display can detect.

The app might never make it to the App Store as it is unlikely that Apple might approve of 3D Touch usage in such a manner but it is interesting to see that this is possible. 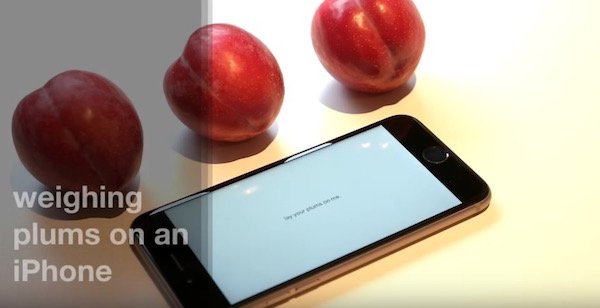 While it may seem silly to weight fruit using your phone, this is the exact use case that Huawei demonstrated, by weighing an orange during an event, using its new Mate S smartphone.

Check out the video of some delicious looking plums being weighed on an iPhone 6s:

If you are interested in the development details for this app, head on over to FlexMonkey blog to find our more.