Apple TV+ has landed the rights to a filmed version of the Broadway musical Come From Away. The musical is set in the week following the September 11 attacks and tells the story of what happened when 38 planes were ordered to unexpectedly land in Canada’s small town of Gander in Newfoundland. Come From Away has received seven Tony nominations since it opened on Broadway in 2017.

Broadway’s ‘Come From Away’ coming to Apple TV+ soon

As reported by Variety:

“Apple Original Films landed rights to the live stage recording, which is being produced and financed by Entertainment One. eOne previously announced plans to unveil the film in September, though Apple has not set an exact release date.”

As per the report, the musical will be beneficial to the Broadway community who has had to deal with theater closures since March of last year due to the ongoing COVID-19 health crisis.

“Broadway theaters have been closed since March 12, 2020, leaving most of the theater community out of work. The upcoming production will employ more than 200 people including actors, crew members and creatives.

The filmed version of “Come From Away” will be directed by Christopher Ashley. It’s set to be recorded at the Gerald Schoenfeld Theatre in May and is expected to feature cast members from the Broadway production.” 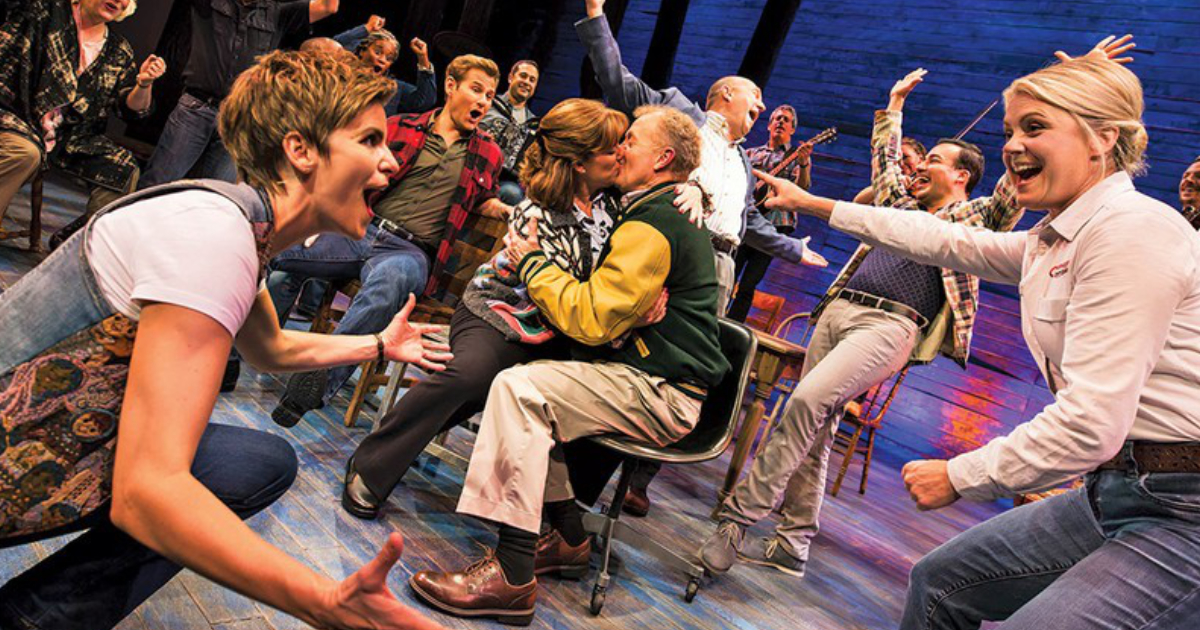 Come From Away will be produced by Jennifer Todd and Bill Condon alongside the original stage producers, Junkyard Dog Productions, as well as Mark Gordon. Brittany Hapner will serve as a co-producer. The writers of the stage show, Irene Sankoff and David Hein will also serve as executive producers alongside RadicalMedia’s Jon Kamen, Dave Sirulnick, and Meredith Bennett.

To enjoy Come From Away when it premiers, users will need a subscription to Apple’s streaming service. For $4.99 per month, Apple TV Plus is available on iPhone, iPad, iPod touch, Mac, Apple TV via the Apple TV app. It is also compatible with selected Samsung and LG smart TVs, Roku devices, Amazon Fire TV, and tv.apple.com.