Apple Arcade is expanding its catalog of exclusive games with a ton of new releases planned to come to the service soon. The latest exclusive game is ‘Next Stop Nowhere’  released on the App Store today. The game is compatible with iPhone, iPad, Mac, and Apple TV. It also supports game controllers and cross-device play mode, so users can save and play the same game across multiple devices.

As reported earlier that Apple is planning to offer games with higher engagement to attract new users, the ‘Next Stop Nowhere’ is exactly that kind of puzzle-action game which the tech giant was focusing on. 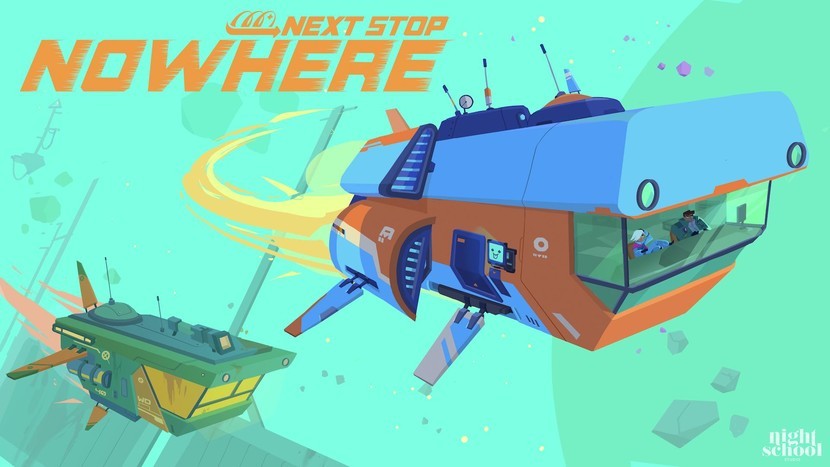 The choose-your-adventure gameplay in this sci-fi game is a stunning version of outer space brought to life with a unique art style and many orbits for users to explore while they enjoy the thrilling plot of the game. The game’s intelligent conversation system with branching dialogue changes players’ relationships and the story based on every decision made on the journey in space. The gaming app is described as;

“Next Stop Nowhere is a road trip adventure story set in a colorful, cutthroat vision of outer space. Play as Beckett, a simple courier living a simple life until a chance encounter with former bounty hunter Serra throws him into an adventure he never expected. And might not survive.

The unlikely allies fly across a dusty, deadly galaxy in a race to save Serra’s son Eddy–dodging gangsters, bounty hunters, and the dangers of deep space along the way. Beckett is in over his head. How he survives–the choices he makes, the relationships he forges, the person he becomes–is up to you.”

Apple Arcade launched in September last year. The subscription is available for $4.99 per month for unlimited access to a wide range of ad-free games with no in-app purchases. The gaming service offers a total of 120 games with the addition of new games every month. According to reports, Apple will include Arcade in the new subscription bundles it is planning to release alongside the new iPhone lineup.

Apple Arcade subscribers can download Next Stop Nowhere for free via the App Store, starting today.