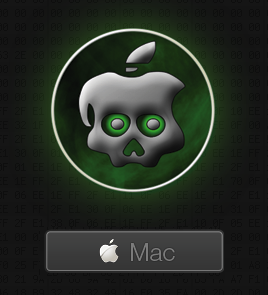 After the successful releases for Windows and Linux, Chronic Dev Team brings us the Mac OSX version of their greenpois0n tool to jailbreak iOS4.1 on iPhone 4, 3GS, iPod Touch 4G & iPod Touch 3G.

Currently it only works on Mac OSX v10.6 (Snow Leopard). Also iPod Touch 2G support will be included in RC4 update as announced by @p0sixnijna of the Dev Team earlier today.

Remember, if you rely on an unlock, use TinyUmbrella to keep old your old baseband if you are using iPhone 4. Otherwise wait for the upcoming PwnageTool for all other iOS devices.

You can follow our easy step by-step guides below to jailbreak iOS4.1 with greenpois0n on your respective iOS device.

The guides were made on a windows machine but work exactly the same way on a Mac OSX system:

You can also use our easy Geohot’s Limera1n jailbreak guides instead (Mac OSX / Windows) given below:

Or if you have an iPod Touch 2G, you can use redsn0w or sn0wbreeze to jailbreak it with these guides: