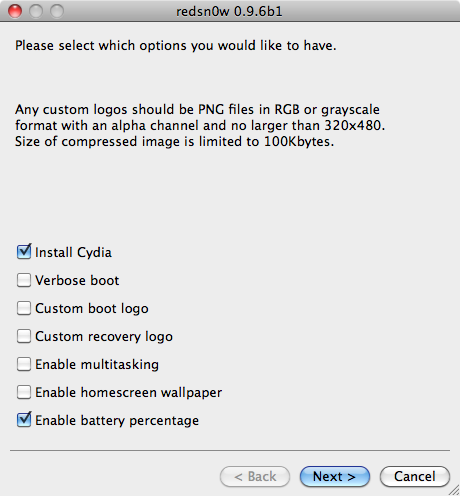 The method to jailbreak is the same for iPhone 3G and iPod Touch 2G. Don’t use redsn0w if you want to unlock your iPhone because ultrasn0w doesn’t support the baseband on iOS 4.1/4.2 yet.

Remember this update by the Dev Team while jailbreaking your iPhone/iPod Touch with redsn0w on Windows:

Update: Any Windows users seeing “Waiting for reboot” for too long (more than 20 seconds or so), please try “shaking” the JB process by unplugging then replugging your USB cable (while letting redsn0w continue to run).  Also, try using a USB port “closer” to your computer (as opposed to on your monitor or behind another hub).  We’re still tweaking the Windows flow and so any feedback you can provide will help

Follow these guides, but just replace the Mac mentions with the Windows redsn0w app:

For those users looking to cook custom firmware for their iOS devices, they can use sn0wbreeze 2.0.1 on Windows. You can upgrade to iOS 4.1 while preserving your baseband with sn0wbreeze. Follow these guides: